The Very Real Dangers of Smoke and Soot 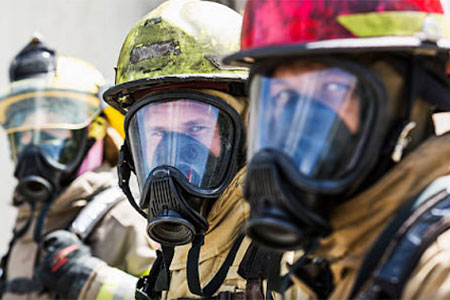 If you’ve experienced a fire in your Colorado home or business, you may be tempted to rush back into the building once the flames are extinguished to check on the damage and your belongings. But the experts know from personal experience that this could be harmful to your health.

A study conducted by the National Institutes of Health has found that firefighters have higher rates of cancer than the general population due to exposure to smoke and toxic soot because many did not wear the proper gear. In fact, The International Association of Firefighters says cancer is now the leading cause of death among firefighters.

“It was never really something we thought about when I first started 32 years ago. It was a badge of honor to come out with all your gear dirty,” said Peter Silva Jr., a former firefighter. “If you didn’t wear your mask in there you were a strong, aggressive firefighter, and if you went in with your mask on, you were kind of ridiculed at times.”

So, having a cavalier attitude about wearing PPE (Personal Protective Equipment) has resulted in the illness of many firefighters. Since it’s doubtful that you own any specialized PPE, you too could be in danger from the aftereffects of a fire.

But why is exposure to smoke and soot dangerous? Because the following are toxic substances that can be produced when certain materials burn and can remain within soot after a fire:

Because of these dangers, incident commanders are now ordering firefighters to keep their masks on until they’re away from the smoke and soot and washed down by decontamination teams on the scene. Once back at the station, they’re being told to change into a second set of turnout gear while industrial washing machines clean the dirty outfits.

If fire professionals take this issue seriously, shouldn’t you? The advice of Boston Fire Commissioner Joseph Finn is priceless. He says, “I’ve buried way too many friends over my 33 years. Too many friends ... so I tell them, ‘Think about your wife, your husband, your boyfriend, your girlfriend before you take that mask off your face.”

Because of these dangers, only fire, soot and smoke remediation experts like those at Cyclone Kleen Up should be in charge of cleaning up after a fire. We have the experience, knowledge, equipment and PPE needed to safely and thoroughly clean and repair your home or business. We also make sure there are no lingering odors. And since smoke and soot affects not only the structure of your house but also your belongings, we will ensure that those items that are salvageable will be returned only after being meticulously cleaned and sanitized.