Home >> About Us >> Blog >> How Cyclone Kleen Up Removes Odors

How Cyclone Kleen Up Removes Odors 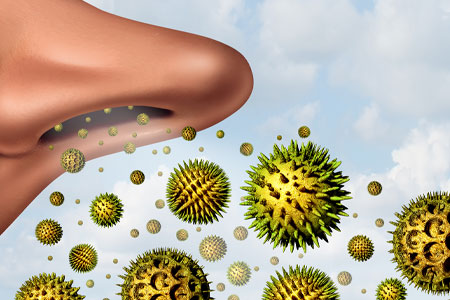 After fire or water damage there are often foul-smelling odors. The foremost way to rid a home or business of such smells is by getting rid of the source. So that’s the first thing Colorado’s Cyclone Kleen Up does when they begin work. But even after they’ve done that, there may be lingering odors that need to be eliminated. How is that accomplished?

Air scrubbers and negative air machines are used by restoration professionals to purify the air. But how do they differ from air purifier machines you may have in your home? The differences are important.

Air purifiers are meant to be used inside a home or business when it’s occupied. So, they’re engineered to run quietly and to fit in with their surroundings. Some have small HEPA or other high-efficiency filters. However, they are much less powerful than air scrubbers and cover the less square footage.

Air Scrubbers employ HEPA and carbon filtration to clean the air and are generally used to remove mold, dust, asbestos, lead, chemical fumes, malodors, etc. Since they’re temporarily used during the disaster restoration process, they don’t need to be (and usually aren’t) quiet. They’re also built with the severity of constant operation in mind and are usually housed in a tough plastic case, often with wheels.

Air scrubbers stand in the center of a room with no ducting attached. The air is filtered and recirculated, vastly improving the general air quality. They’re usually smaller in scale than negative air machines and specifically designed with portability in mind.

Negative Air Machines are sometimes confused with air scrubbers. While they have a lot of similarities, they are not the same. They both employ filters to remove impurities in the air and an air scrubber can be used as a negative air machine, but it requires ducting, a sealed housing, precise airflow adjustment, and a variable-speed blower motor.

As far as differences go, a negative air machine uses ducting to remove contaminated air from a sealed containment area as during mold remediation. The filtered air is exhausted outside of the containment area which creates negative air pressure (a vacuum effect). This helps limit the spread of contaminants to other areas of a structure.

Air scrubbers and negative air machines help protect the health of homeowners and employees by providing a clean and healthy environment. But by the time Cyclone Kleen Up has finished your restoration work, their job is finished and you’ll be able to enjoy a fresh, clean-smelling home or business from that point on.

If you’re looking for expert restoration services in Pueblo or Colorado Springs then call the professionals at 719-299-3887 or contact Cyclone Kleen Up.