Not All Fires Are Equal 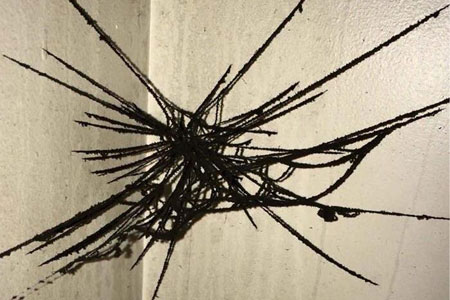 Imagine this: There was a small fire limited to the kitchen, swiftly extinguished. But the terrible odor of the smoke is overwhelming! No matter how hard you clean, the odor seems to have permeated everything throughout the whole house! So that’s when folks in Pueblo and Colorado Springs call the professional smoke damage restoration specialists at Cyclone Kleen Up. But what’s going on with that smoke smell?

All fires are unique, with different features and challenges. There are several variables that test even the best mitigation companies, including the fire source, its intensity, combustion rate, and the physical layout of the structure.

When a fire has adequate fuel and air supply, it consumes materials as it burns—the more volatile the fuel source, the more totally it consumes materials. Products of Incomplete Combustion (PICs) refer to soot tags, residues, and remains of materials that could not be consumed entirely by the fire. Several aspects influence the quantity of soot, how far it extended, and its saturation.

The higher the heat, the greater the combustion rate, and typically, the richer the oxygen during a fire. Smoke and soot damage professionals refer to these blazes as “dry” fires. These fires devour materials more completely and the intense heat causes a high degree of conversion from a solid mass to energy—hot gasses. They turn materials to dry soot (mainly the element “carbon”) that’s simpler to clean up than other residues.

These PICs are then collected by a mitigation technician with dry removal techniques, such as vacuuming and using natural rubber sponges on hard surfaces.

Even if an HVAC system isn’t operating, smoke and soot will still travel all through a structure. During a fire, high vapor pressure forces the residues into places often considered sealed, such as the inside of a freezer.

As air circulates, it transports PICs and odor-charged molecules. That’s why cleaning and deodorizing also have to be done some distance from the fire. And as particles combust, they become charged and create “soot tags” in areas of low circulation. Some who have been the victim of a fire think that the smoke attached itself to spider webs. That’s how they look! But in reality, soot tags are new, unique chains of soot that gather in areas of low concentration.

Fires that run out of oxygen, such as in a closed room, begin to weaken. This results in a high percentage of PICs. But these PICs are “oilier” and harder to remove. If what’s being burned is not a natural product, the number of PICs increases, resulting in a higher concentration of soot. Fire restoration professionals sometimes refer to these fires as “wet fires.”

When products burn, odors join with oxygen molecules in the air. Unquestionably, PICs create an odor, but sometimes the odor is very strong even when the PICs are difficult to find.

For example, if a fire occurred because someone left a turkey in the oven to go to the store, they’d find the smell of that burnt turkey all over the house when they returned, but would see little to no soot, although their 18 lb. bird is now a pile of ash. That’s because protein fires are some of the hardest to mitigate because their smells are so pervasive. Their odors carry everywhere, even into the back of a closet!

Cyclone Kleen Up smoke damage restoration service treats every nook and cranny in fire-damaged homes in Pueblo, Colorado Springs, and the surrounding area to confirm that smoke particles and soot from any kind of fire are eliminated and all surfaces are cleaned and deodorized. Cyclone Kleen Up has the trained personnel, state-of-the-art professional equipment, and the correct EPA-approved products to deliver exceptional cleaning and odor control. Contact Cyclone Kleen Up or call at 719-299-3887.